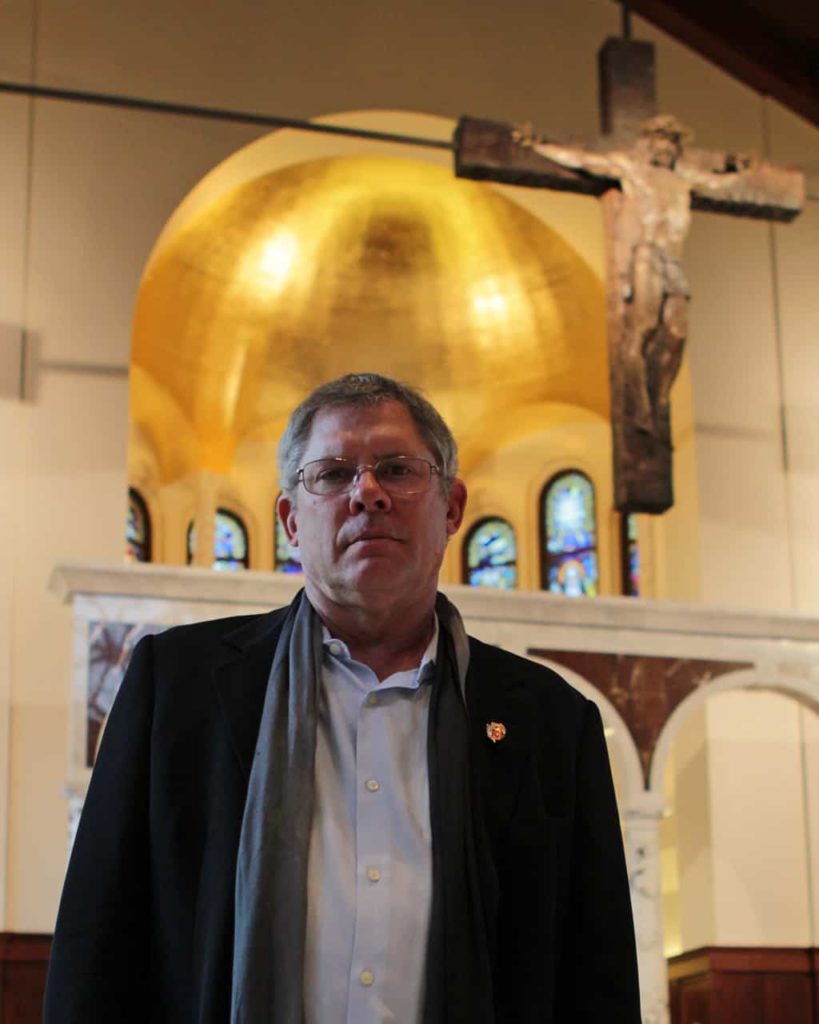 American sculptor Christopher Slatoff was born April 27, 1953 in Oakland, California. His father, Howard Slatoff, was a painter, art professor, Dean of Men and Chairman of the Art Department at California State University Hayward, as well as professor at the Academy of Art University in San Francisco where Christopher became his assistant. Following the family tradition and choosing sculpting as a profession, Slatoff studied in both the United States and France, ultimately earning his Bachelor of Fine Arts in sculpture from California State University, Long Beach. Slatoff has held several solo exhibitions and has participated in many group shows at various galleries, museums and universities in southern California, Arizona and New York.

In 1986, Slatoff received a California Artist-in-Residence Grant to work with special-needs children in the Vista School System. He has been a guest artist facilitator in sculpture for children at the Metropolitan State Hospital, a state facility, in Norwalk, California. Slatoff was the official sculptor of the Via Dolorosa Society, for which he sculpted several Stations of the Cross cast in bronze and installed in multiple locations across southern California. His Pieta can be seen at the Mission San Diego and Jesus Being Nailed to the Cross at Fuller Theological Seminary in Pasadena. Among some of his public art commissions are Sheltering Wings for the San Diego Port Commission at Shoreline Park in Coronado, and seven life-sized sculpture projects in Japan, Holland and the Canary Islands.

In 2009, in collaboration with the world-renowned author Ray Bradbury, Slatoff completed a 7′ sculpture depicting Bradbury’s father carrying a young Bradbury home from the circus. The sculpture, The Illustrated Man, has received wide acclaim. 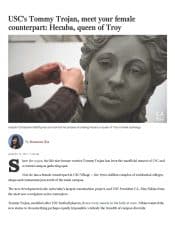 Since the 1930s, the life-size bronze warrior Tommy Trojan has been the unofficial mascot of USC and a central campus gathering spot. Now he has a female counterpart at USC … 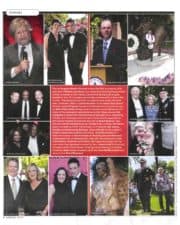 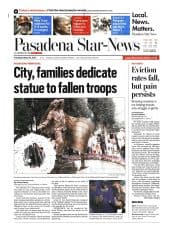 Christopher Slatoff in Pasadena Star-News for Enduring Heroes Monument, May 30, 2017

The families of 11 Pasadena-area troops who died in Iraq and Afghanistan came together Monday to witness the public unveiling of a monument honoring their lost loved ones. Local Gold … 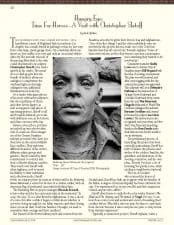 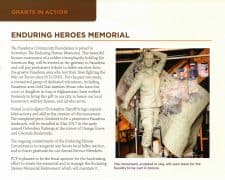