Contemporary American artist Jeremy Lipking was born on November 2, 1975 in Santa Monica, California. He is the son of a professional illustrator, and while he emphasizes that he did not begin his formal studies until his late teens, the young artist’s early exposure to art gave him a sense of taste, perhaps the most important component of an artistic education. Lipking found himself most insp ired by historic painters who combined the figurative tradition of the nineteenth century European art academies with an emphasis on the naturalistic landscape. Lipking enrolled in the California Art Institute, where he dedicated himself to long hours of drawing and painting, and now teaches his skills in art workshops throughout the country.

A versatile painter, Lipking’s artistic output includes landscapes and still lifes, however he feels especially compelled to paint the most classical of artistic subjects, the human figure. By painting his subjects in outdoor settings, Lipking’s paintings are reminiscent of the artists of the nineteenth century naturalist movement, and like those painters, Lipking prefers to work in a cool, limited palette to create his unique sense of mood. Lipking is a Signature Member of the California Art Club. Lipking’s painting Shady Grove received both the Gold Medal and the Museum Director’s Award in 2001 at the California Art Club’s 91st Annual Gold Medal Juried Exhibition. His painting Antique Chair received the Museum Purchase Award at the 92nd Annual Gold Medal Juried Exhibition. In spring 2006 Lipking’s painting Danielle was awarded Best of Show at the Portrait Society of America’s International Portrait Competition held in Dallas, Texas as well as The People’s Choice Honor Award at the Portrait Society of America’s 2011 International Portrait Competition. Most recently, Lipking was presented the top honor, Prix de West Purchase Award, at The National Cowboy & Western Heritage Museum’s 41st Anniversary of the Prix de West Invitational Art Exhibition. 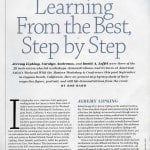 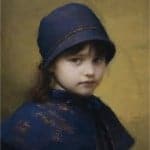 May 2011: Jeremy Lipking Receives an Honor Award from The Portrait Society of America 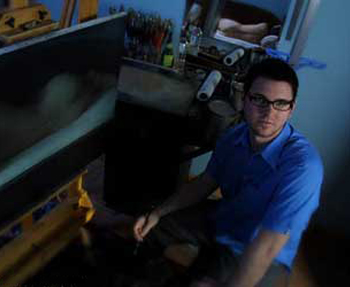 Jeremy at work in his studio.