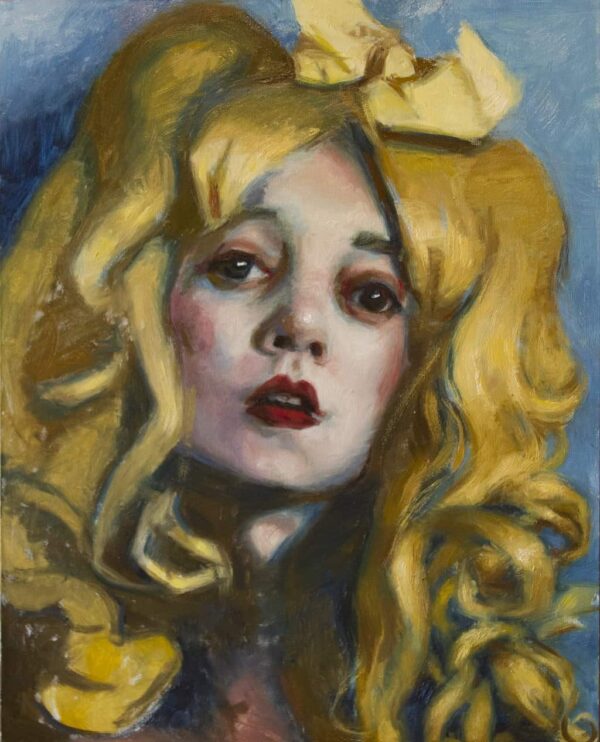 Description
For this self-portrait, the artist chose to see herself as one of her Victorian dolls.

Artist Statement
“For this painting, I was recovering from a long day giving an art tour in three of the Washington DC art museums, as well as spending a lot of time re-researching some of my favorite 19th-century painters like John Singer Sargent and Anderson Abbott Thayer. This naturally gave me a lot of time to reflect and speak about some of their portraiture and painting styles, and I resolved to start giving my works more life with the use of expressive brushwork and cool halftones playing against warm colors. I wanted to get away from the photographic look that a lot of 21st century imagery possesses and find my way back to a man-made, somewhat naive and somewhat transcendental look that hand-wrought art gives.  I have also experimented with a lot of new pigments here such as Maya Blue, a paint which was developed by pre-Colombian Mezo-Americans and Pink Pipestone/Catlinite, another weaker earth red that goes back in use on our continent. I liked that both of these pigments had probably never been used in Greco- Roman or Western European Art of the past, and decided to imbue this painting with a little bit of that American heritage.”
— Teresa Oaxaca