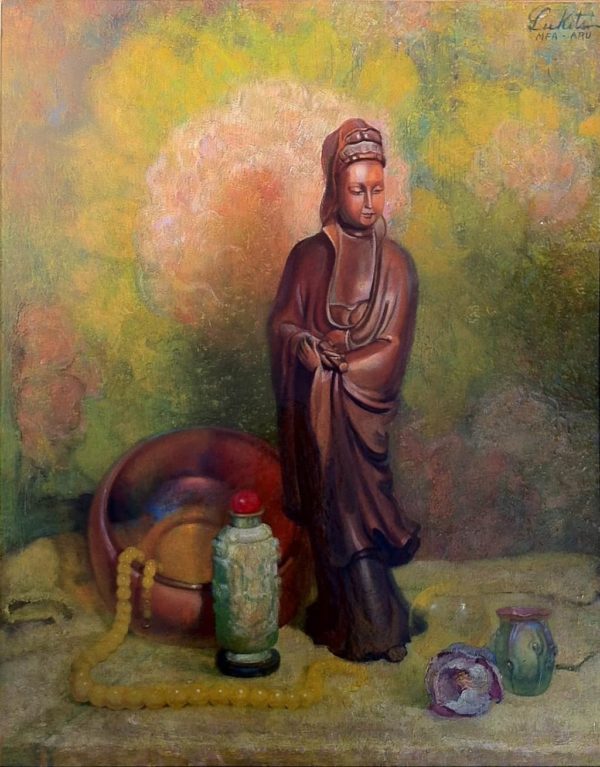 Description
Theodore Nikolai Lukits collected Asian art objects, which he incorporated into his painting compositions. In "Meditation," created circa 1944, the central figure of a wood-carved Buddha is surrounded by exotic novelties -- jade carved snuff bottle, yellow-amber bead necklace -- and set against an elaborate wallpaper of pink peonies.

Lukits is known for his paintings of atmospheric plein air landscapes, portraits of Hollywood personalities from the "Golden Era" and Asian still lifes, a subject that was greatly influenced by the artist Hovsep Pushman (1877–1966).