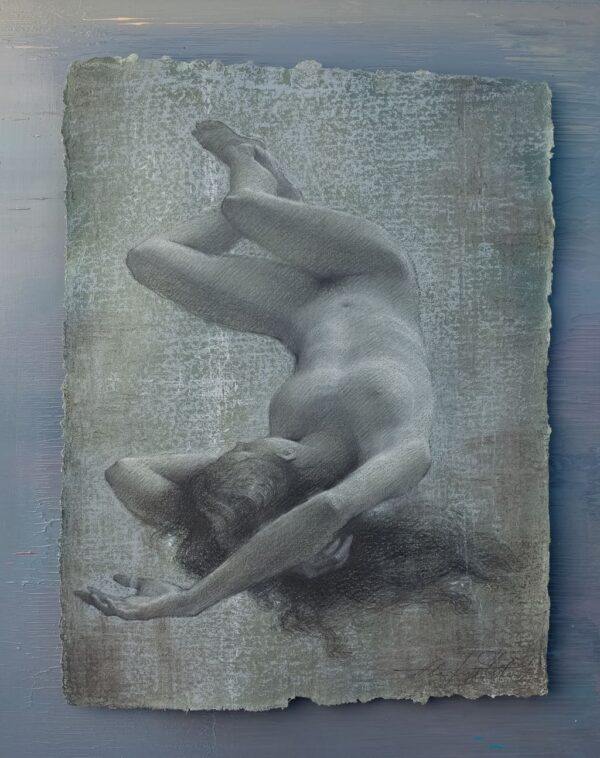 Description
This masterful drawing is part of Alexey Steele’s "Torn Beauty" series, a collection of work that marks a milestone in the artist’s lifelong fascination with works on paper. Steele maintains that drawing is the universal foundation of all forms of representational art. His highly-developed tonal depiction of forms, in addition to refined subtleties in value definition, emphasizes Steele’s particular artistic approach to utilizing classical skills. The final result is that we experience the human form as an ethereal sensation.

The subject is the suspended state of floating, which reflects Steele’s concept of people living in a dream-like state of being, a metaphor for the human spirit transcending into immortality. Even the mounting system that Alexey Steele developed for the work makes the drawings appear to float.