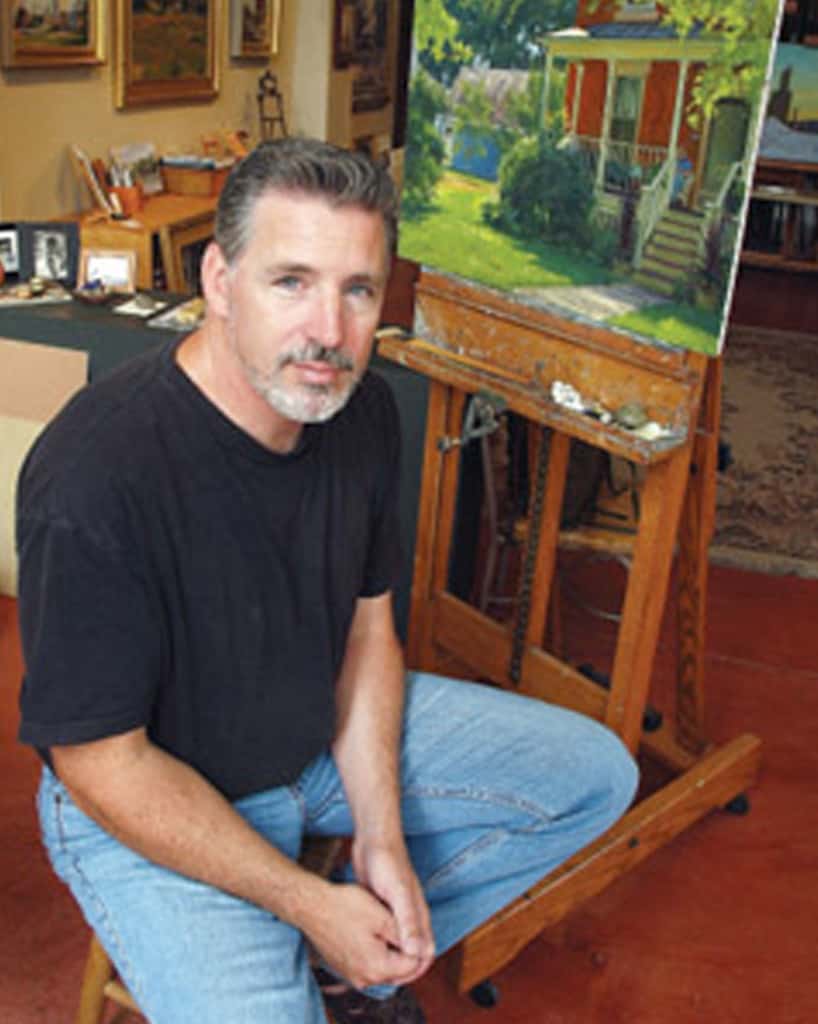 American Impressionist Joseph Paquet was born in Paterson, New Jersey in 1962. He received his Bachelor of Fine Arts from the School of Visual Arts in New York City. While a student in New York, Paquet met the modernist figure artist John Foote who became his mentor and who cultivated his interest in drawing the human figure. An additional influence was the American landscape and portrait artist John Phillip Osborne with whom Paquet apprenticed for four years at the Ridgewood Art Institute in New Jersey. Osborne emphasized the principals of color progression as taught by the noted artist and Art Students League instructor Frank DuMond (1865-1951). Osborne maintained that a landscape painting should begin on location, but that its poetic essence should be completed in the solitude of the artist’s studio, and encouraged Paquet to go beyond a mere transcription of nature. In this method of teaching, Paquet learned to fuse his field studies with images inspired by his mind’s eye. He explains, "The intellectual process became married to the intuitive. Paint what you know as well as what you see."

Paquet's landscape paintings express the confident brushwork of a skilled plein air artist and project a remarkable sense of space and depth with just a single stroke of paint. His subjects vary, however, his prime passion is directed towards documenting the heart and soul of America with a truthful articulation that is the artist's vision. "To make you see what I have seen is part of my objective; but, to have you feel what I have felt is the ultimate goal."

In 1996 Paquet moved to Minnesota to teach at the Minnesota River School in Burnsville before co-founding the Hurinenko & Paquet Studio in St. Paul, which he continues today. 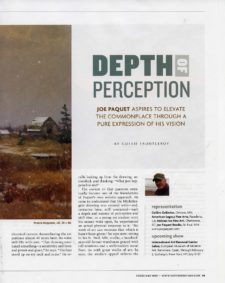 OUTFITTED WITH white cotton gloves and a magnifying glass, Joe Paquet sat at a long wooden table in the Metropolitan Museum of Art’s Study Room for Drawings and Prints. He … 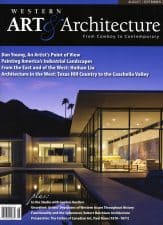