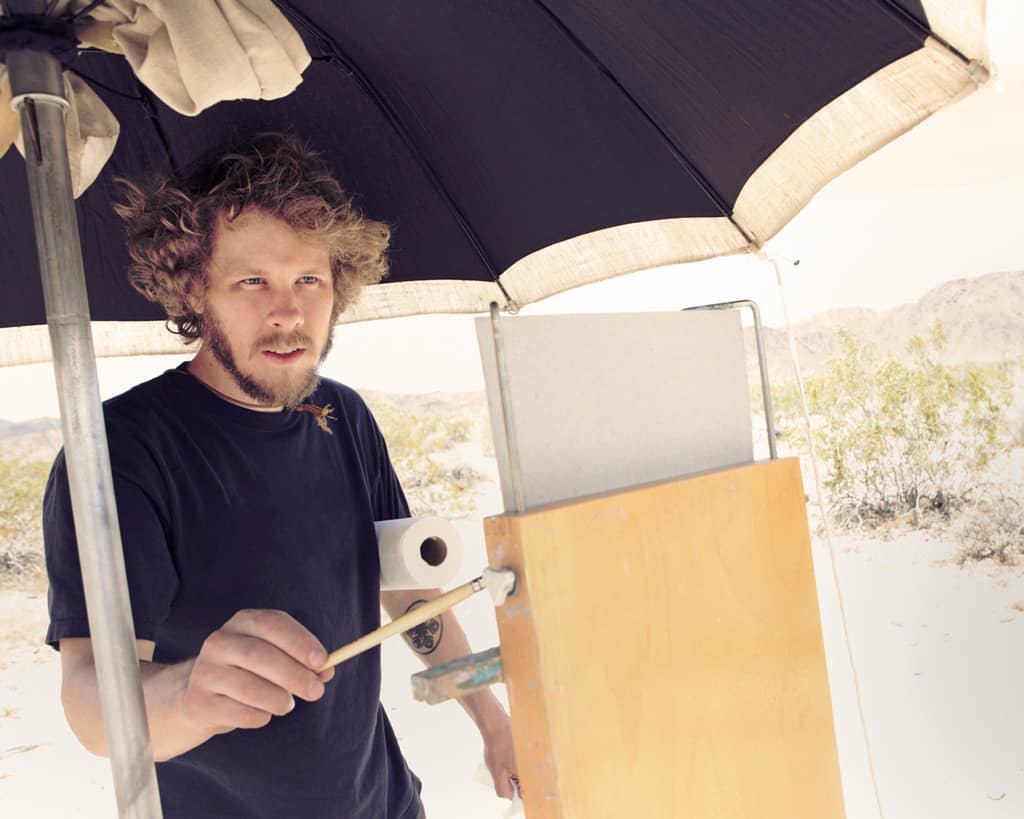 As a native Californian, Eric Merrell spent his formative years on both East and West Coasts. Early art classes in Northern California preceded art school, which he attended first in Philadelphia and later in Pasadena. Though he graduated with a BFA in Illustration from Art Center College of Design, his goal was always to paint outdoors.

Following that objective, Merrell began exhibiting with the California Art Club, one of the oldest art organizations on the West Coast devoted to outdoor painting. Exhibiting with the CAC caused Merrell to become aware of and recover much of the club’s history that had been lost; founded in 1909, its history is intimately tied to the history of Los Angeles. Through the CAC he met and sought out further study with artists Peter S. Adams and Daniel W. Pinkham.

After making a connection to California’s deserts over a decade ago, he has taken special pride in painting the color and light found in these stark and often overlooked arid lands. There is a mystery to these deserts during the day; even more so at night. Merrell has made a special focus of painting nocturnes on location – not only is it possible, but he feels that this is an area that is relatively unexplored, as technological advances now allow an artist to actually experience what moonlight looks and feels like, working from direct observation rather than from memory or other methods.

With a foot in both the ‘traditional’ and ‘modern’ camps, Eric strives to combine the methods of the former with examples of individuality from the latter, using his own sense of color and design to create work that is singular and timeless. His works have been noted for their distinctive aesthetics and brushwork, developed over years of pursuing his personal vision.

Nocturnes, a short film about his approach to painting at night, was recently released. 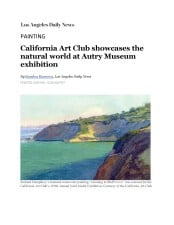 For Eric Merrell, painting is typically a solitary pursuit. But one night while the 37-year-old Pasadena artist was in the San Gabriel foothills waiting for the full moon to rise, …

Eric Merrell: Romance of the West – and the Western Spirit Exhibition July 16- August 13, 2011