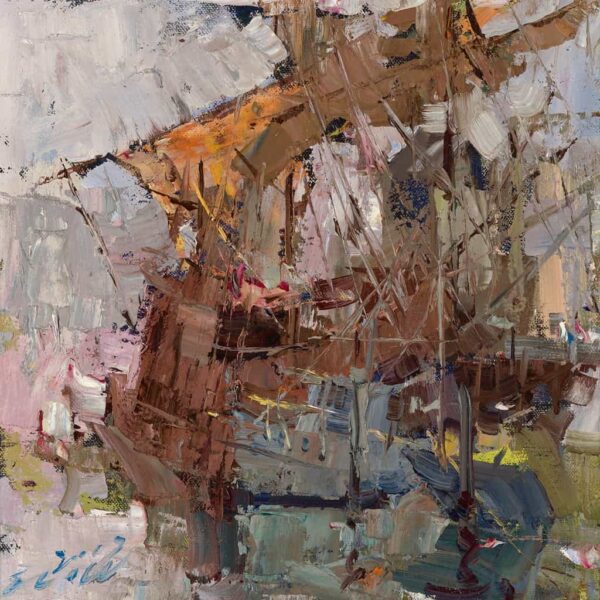 The Mayflower of the West in Santa Barbara Harbor

Description
While in Santa Barbara in the spring of 2017, Jove Wang experienced a historic moment when a full-scale replica of the San Salvador entered into the Santa Barbara Harbor and anchored in front of the Maritime Museum. Captivated by the unusual occurrence, Wang set up his easel and painted the scene. Under the command of the explorer Juan Rodriguez Cabrillo the original San Salvador, later nicknamed the Mayflower of the West, became the first recorded European vessel to explore California's coast in 1542. The galleon was reconstructed in 2015 by the Maritime Museum of San Diego to recreate Cabrillo’s voyage from San Diego to Santa Barbara’s Channel Islands and back as part of the Pacific Heritage Tour.