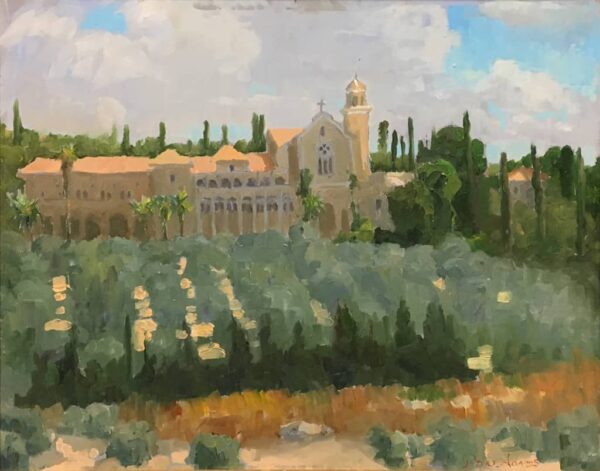 Trappist Monastery in Latrun; Overlooking the Road to Jerusalem

Description
"Latrun is on a hilltop in the Ayalon Valley, about fifteen miles west of Jerusalem. The Ayalon Valley is the site of the battle in which Joshua led the Israelites in their victory over the Amorites (Joshua 10:1-11). One theory as to the origin of the name Latrun suggests that it was named after the Repentant Thief who was crucified alongside Jesus."
—Sara Campbell Abdo