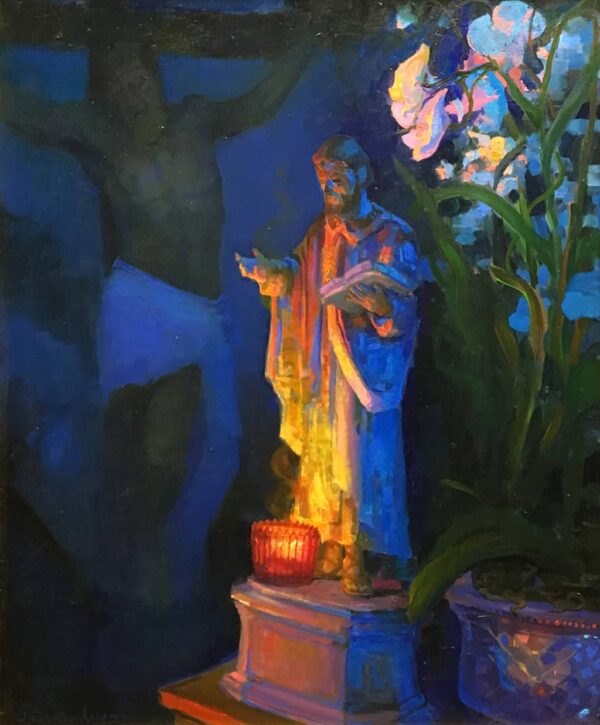 St. Paul, the Light of Ephesus

Artist's Statement
"The rare 18th-century Philippine wooden sculpture of St. Paul is juxtaposed with a life-size image of Christ in the background, which I had painted earlier as a study for the 12th Station of the Cross, the Crucifixion scene. While lighting the sculpture in my studio under a blue light, to represent moonlight, I was surprised how the light also caught the image of Christ. Both figures harmonized with a mysterious glow. The vision impressed on me the unique and wondrous relationship between Christ and the most prolific writer of the New Testament, St. Paul."
--Peter Adams