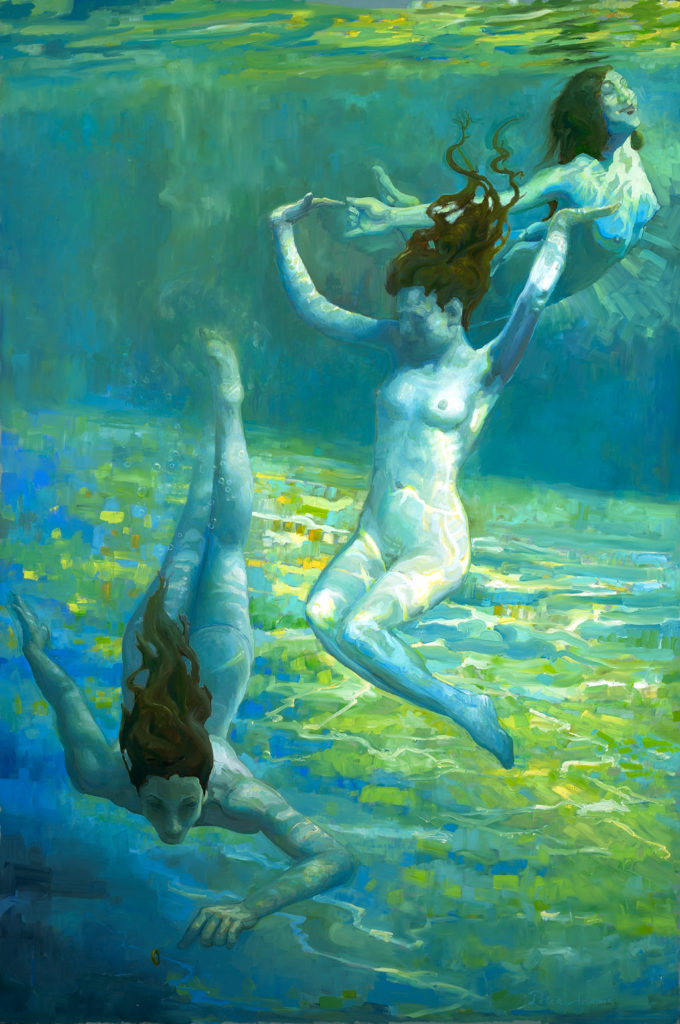 Acquired by American Legacy Fine Arts directly from the artist

Artist Statement
"Alberich’s Vision is inspired by Richard Wagner’s four-opera saga, The Ring of the Nibelung. The story is a timeless tale of greed and power. In my interpretation, Alberich, while swimming underwater in the Rhine, sees the three maidens illuminated by prismatic light and is immediately captivated by their alluring beauty. However, he soon spots the mountain of gold that the Rhine Maidens are guarding and decides to forswear love and beauty in favor of stealing it. He forges a ring from the gold, which possesses magical powers, and whoever wears it can control the universe. Ultimately, the immense power proves to lead to misery and destruction—and finally, the ring is thrown back to the Rhine Maidens who retrieve it. Thus, power is deceptive, but love and beauty endure."
-- Peter Adams