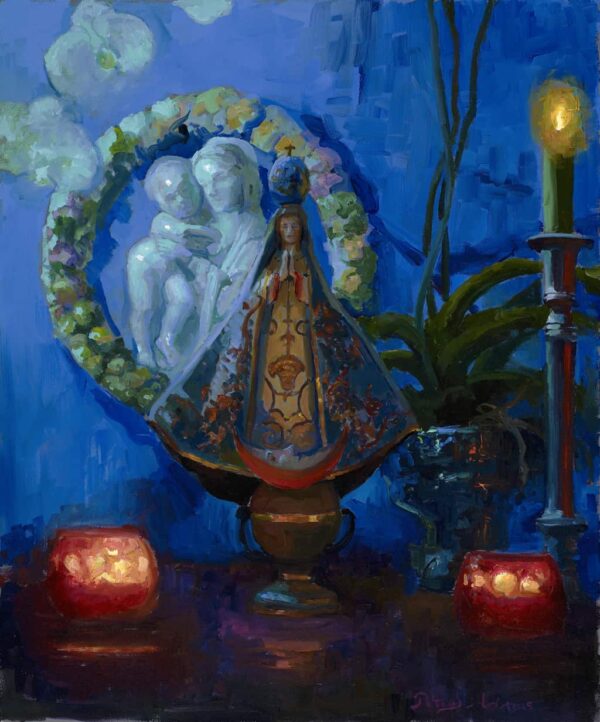 Artist's Statement
"In 1623 a miraculous healing of a Native-Mexican girl was attributed to the prayers of both of her parents made in front of this statue of the Virgin in the Mexican town of San Juan de los Lagos. In my painting I have bathed the still life in blue light that has the effect of moonlight. Two votive candles represent the prayers of the girl's parents. The Della Robbia in the background bespeaks of the Virgin's care for children while the flowers of the orchid symbolize God's overarching love for humankind."
--Peter Adams