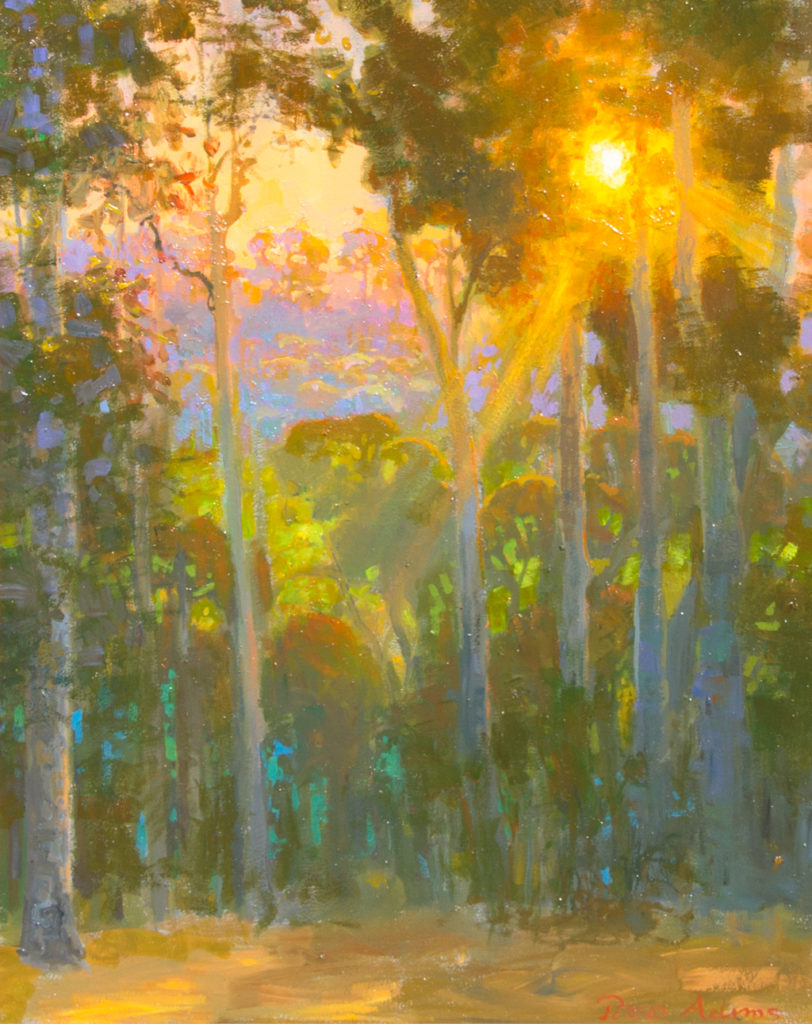 Artist Statement
"This plein air oil painting was done in northern Carlsbad's eucalyptus forest, a location that is sometimes referred to as Hosp Grove. In 1908 F.P. Hosp planted 219 eucalyptus trees in this California site to be used by the Santa Fe Railroad Company as railroad ties. However, it was discovered that eucalyptus wood was useless for this purpose, and so the young forest was never harvested and grew and proliferated on its own. Because of their light bark, graceful limbs, clusters of foliage, and lyrical silhouettes, eucalyptus have always been my favorite trees to paint. Being surrounded by a forest of eucalyptus trees is even more exciting. Then, to have the sun’s evening rays illuminating through the foliage adds an extra dimension. To me, it seems like a glimpse into another world—a higher realm—thus, the name Elysium Moment."
--Peter Adams