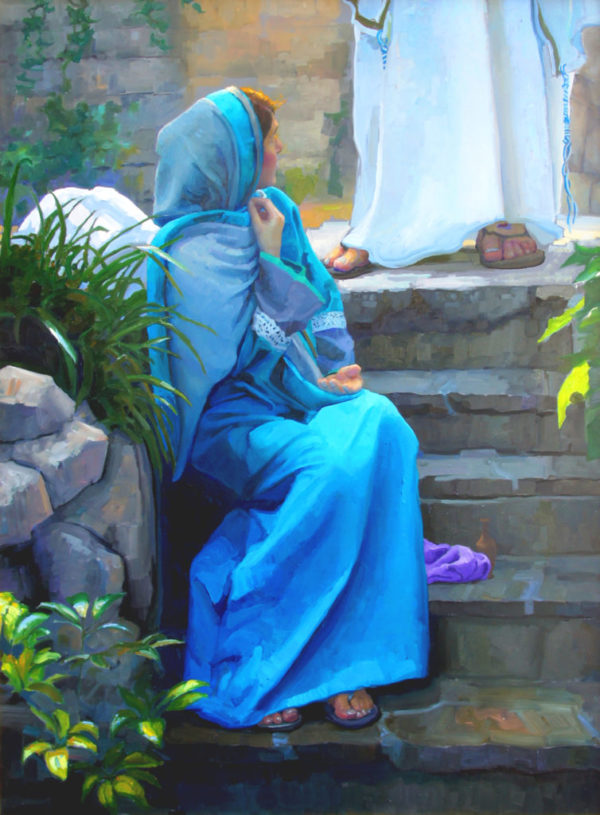 Description
Mary Magdalene came to the tomb early on the first day of the week. She saw that the tomb was empty. Seeing Jesus she didn’t recognize him, and supposed him to be the gardener. In her sorrow and probably through her tears she pleaded with Him, as written in John 20: 15-16: “Sir, if thou have borne him hence, tell me where thou hast laid him, and I will take him away. Jesus saith unto her, ‘Mary.’ She turned herself, and saith unto him, Rabboni; which is to say, Master.” It is this moment of recognition I wanted to portray.
-- Peter Adams